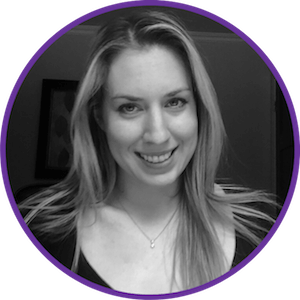 Hi! I’m Elise, the one behind Miss Mesmerizing. (What a name for a blog, huh?!)

I’m a super simple, super laidback, 33 year-old gal from central Ontario, Canada who just got engaged to the love of her life in December of 2019.

In fact, I’m still blown away that I’m someone’s fiancée.

For the majority of my 20s, I was convinced that I’d never find someone who I would truly click with and want to spend forever by my side.

How things have changed!

It’s not easy to navigate the big, scary world of dating.

Especially now in this modern age of online dating where you have access to countless profiles at your fingertips and texting is a language of its own and and “ghosting” is the newest and cruelest way to break up with someone, putting yourself out there is freaking terrifying.

It can be almost impossible to think and act logically when you’re trying to date.

There really is no other part of our lives where our emotions are as invested as they are in our relationships.

And everything from our attachment styles to our past break-ups can affect who we connect wih and how we connect with them — whether those connections are healthy or not!

I always liked a lot of boys growing up, but I was shy and super self-conscious when I was around them, so I never had boyfriends.

My first real relationship happened in my first few years of university, and when that ended when I was about 23, I was devastated and disillusioned from the fairy tale-like, happily-ever-after I grew up believing in.

I quickly adopted a “been there, done that” mindset about love and decided to focus entirely on my career and my health.

I didn’t date at all and I became obsessed with just trying to be an independent woman who actually liked herself.

This went on for years.

In my late 20s, I started to become more aware of the fact that I wanted to find love again, which shocked and surprised me.

That feeling grew stronger over time and by the time I was 30, it was all I could think about.

I had spent so many years growing my career, improving my health, and simply just trying to love and value myself.

It got to the point where it seemed as if I was almost acting crazy, fantasizing about this faceless boyfriend in all sorts of different ways as if he already existed.

I would sometimes talk out loud in my apartment as if he were there, or imagine him snuggling up to me when I went to bed at night.

I would gaze up at the stars at night from my window, wondering where in the world he was right now and if he just simply looked up, could he see the same stars too?

The Miracle of Meeting My Guy

It happened when I least expected it.

I went to a networking event for entrepreneurs in March of 2017 six months after moving to a new town where I knew nobody, thinking nothing of it and actually dreading even going.

The very last person I met was a super tall, handsome guy who was just starting out with a renovation business.

He approached me with wide, curious eyes and never stopped looking at me as we chatted.

I was a little freaked out at how intensely he stared at me and probably showed it by breaking eye contact several times, but that didn’t stop him from asking me out on a coffee date.

I wasn’t initially all that interested, but agreed to go out with him anyway, and my opinion of him changed when we totally hit it off two days later on our first date.

Later on, I discovered that he lived directly across the street from me, barely a hundred steps from my front door to his, and that he had officially ended a long dead relationship (over a year of him putting off the break up) just days before I met him.

The timing of it all was mind blowing.

Three weeks in, I knew I had fallen for him already.

I remember sitting with him on my couch in my living room thinking, “Did I create this man with my mind?”

The Law of Attraction, Materialized

I have no doubt in my mind that the work I did on myself was just me putting the Law of Attraction into practice.

It wasn’t just a fluke or a coincidence, because the level of closeness and connection is something neither one of us had ever really imagined we could actually have in real life.

We’ve been together for three years now and we’re getting married in August of 2020.

After eight years of being single and totally cut off from the thought of actually deserving to be loved, I found true love.

As I look back on the past 3 to 5 years, I realize that somehow through it all, I figured out how to heal many of my wounds, remove lots of emotional blocks, and rewire my brain to put me more in alignment with what I wanted.

Even though it was a miracle, in the most practical terms, it was mostly a lot of psychological work and growth over time that eventually led me to take the right actions.

I Can Teach You How to Do This Too

The Law of Attraction is real, but it’s not as mystical or as supernatural as you might think.

What this whole experience taught me is that it actually doesn’t matter how physically attractive, introverted, extroverted, funny, talented, weird, fashionable, cultured, or whatever else you are.

Whoever you are, you can do the work required to attract the right person to you.

I never had guys approach me in my eight years of being single.

I only changed that because I changed my energy.

For years, I felt so unlovable and hopelessly stuck in a state of self-loathing.

I wouldn’t wish that on anyone.

And that’s why I want to teach you all that I know — in the most practical and realistic terms — about the Law of Attraction when it comes to finding love.

Trust me, there’s a lot more to it than just positive thinking.

If you’re ready to let your guard down and embark on this crazy yet rewarding experience, the first thing I need you to do is scroll down this page and click on the big blue button to sign up for my free series of 10 powerful secrets to manifesting your dream guy.

After you do that, I’ll see you on the other side of the sign-up form! 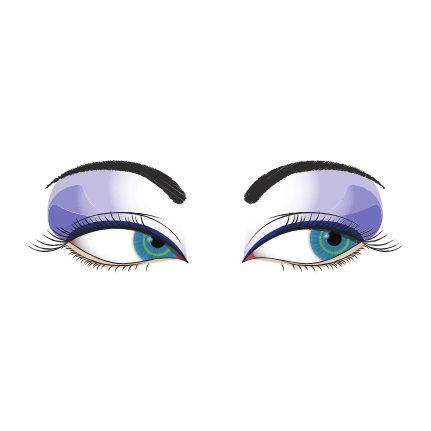